For all your renewable energy needs

TIPS AND TRICKS HOW TO IMPROVE YOUR HOME 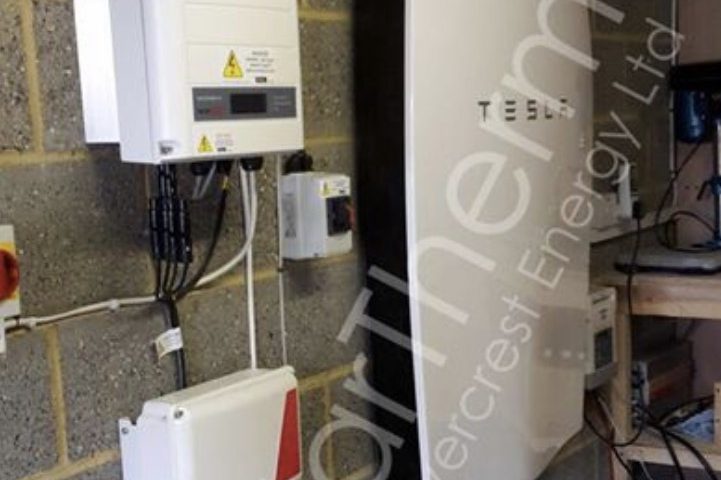 We take a look (and test) at today’s market leaders. It’s all in a day’s work at SolarTherm UK.

Tesla’s lithium-ion Powerwall isn’t the only technology available for household batteries. Solartherm UK, tech team have taken a look at the various products on the market and their component make up – So you don’t have to!

Following a recent announcement by Tesla the Powerwall, its new lithium-ion (Li-ion) based residential battery storage system seemed interesting. The Solartherm Uk tech geeks jumped on board. Already a strategic partner of the NASDAQ listed brilliance that is Solaredge, we knew the combination of Tesla and SolarEdge’s StorEdge would cause quite a stir. It even raises the possibility of going off-the-grid, relying upon solar panels to generate electricity, and storing it with their own battery and using it on demand.

Yet the lithium-ion technology used by Tesla isn’t the only one on offer. In fact, each of the various battery technologies has its own strengths and weaknesses. Solartherm UK currently stock five different products and have now finished testing each one at their Basildon (Essex) HQ.

Here is a quick survey of the current battery technologies, and mention of some that are under test conditions.

All rechargeable batteries consist of two electrodes separated by an electrolyte (see diagram below). Two different reversible chemical reactions occur at the two electrodes. While charging, an “active species” – i.e. a charged molecule, such as lithium ions for Li-ion batteries – is stored in the anode. During discharge this migrates to the cathode. The chemical reaction occurs at a potentialwhich can be used to power an external circuit.

Each type of battery technology can be judged on a number of criteria, such as:

Which technology is best suited for a particular application depends on the demands of that role.

The original rechargeable battery consists of concentrated sulphuric acid as the electrolyte (H₂SO₄), and lead (Pb) and lead dioxide (PbO₂) on both the anode and cathode, which are both converted to lead sulphate during charge and discharge.

Lead-acid batteries are still used in automobiles, caravans and in some electric relay grids. They have very high recyclability, thus a long lifetime. This is helped by short duration use and constant charging – i.e. always keeping the battery at nearly 100% charge – such as occurs in an automobile. Conversely, slow charge and discharge significantly reduces lead-acid battery lifetime.

Although lead is toxic and sulphuric acid is corrosive, the battery is very robust and rarely presents a hazard to the user. However, if used in a residential installation, the greater size and volume of materials required will also increase the hazards.

The Li-ion Tesla Powerwall comes in 7 kilowatt-hours (kWh) or 10kWh versions. For the sake of comparison, we’ll look at what size battery would be required to power a four-person household that consumes 20kWh per day, which is approximately the national average for such homes.

Lead-acid batteries have energy density of 30 to 40Wh/kg and 60 to 70Wh/l. This means a 20kWh system will weigh 450 to 600kg and take up 0.28 to 0.33 cubic metres of space (not including the size or weight of the cell casing and other equipment). This volume is manageable for most households – it would roughly fit in a box 1 x 1 x 0.3 metres – but the weight will mean that it must be stationary.

The current premier rechargeable battery is based upon the movement of lithium (Li) ions between a porous carbon anode and a Li-metal oxide cathode. The composition of the cathode has a large effect on the performance and stability of the battery.

Currently lithium-cobalt-oxide exhibits superior charge capacity. However, it is more susceptible to breakdown than alternatives, such as lithium-titante or lithium-iron-phosphate, although these have lower charge capacity.

One common cause of faults is swelling of the cathode as Li ions are inserted within its structure along with the plating of the anode with lithium metal, which can become explosive. The chance of a breakdown can be reduced by limiting the charge/discharge rate, but instances of laptop or phone batteries exploding/catching fire are not uncommon.

The lifetime of the battery also depends heavily on the anode, cathode and electrolyte composition. Generally, the lifetimes of Li-ion are superior to lead-acid batteries, with Tesla reporting a lifetime of 15 years (5,000 cycles, at one cycle per day) for its 10 kWh Powerwall, based on a lithium-manganese-cobalt electrode.

Future battery technologies might improve these numbers further. Research labs around the world are working toward improving the specific energy, lifetime and safety of lithium-based batteries.

Major areas of research include changing cathode composition, such as the work with lithium-iron-phosphate or lithium-manganese-cobalt, where different ratios or chemical structures of the materials can drastically affect performance.

Altering the electrolyte, such as using organic or ionic liquids, can improve the specific energy, although they can be cost prohibitive and require more controlled fabrication, such as in a dust-free or humidity controlled/restricted environment.

The use of nanomaterials, in the form of nanosized carbon analogues (graphene and carbon nanotubes) or nanoparticles, might improve both the cathode and the anode. In the anode, highly conductive and strong graphene or carbon nanotubes can replace the current material, which is graphite or a mixture activated porous carbon and graphite.

Graphene and carbon nanotubes exhibit higher surface area, higher conductivity and higher mechanical stability than activated carbon and graphite. The exact composition of most anodes and cathodes are currently a trade secret, but the commercial production levels of carbon nanotubes hint that most phone and laptop batteries currently have carbon nanotubes as part of their electrodes.

Lab-based batteries have shown incredible storage capacity, particularly for specific energy (Wh/kg). But often the materials are expensive or the process is difficult to scale to industrial levels. With further reduction in material cost and further simplification of synthesis, there is no doubt the application of nanomaterials will continue to improve the capacity, lifetime and safety of lithium based batteries.

Lithium-sulphur and lithium-air batteries are alternate designs with a similar underlying principle of Li-ion movement between two electrodes, with much higher theoretical capacities.

In both cases, the anode is a thin sliver of lithium while the cathode is Li₂O₂ in contact with air in Li-air, and active sulphur in Li-S batteries. Predicted maximum capacities are 320Wh/kg for Li-ion, 500Wh/kg for Li-S and 1,000Wh/kg for Li-air.

The specific energies are related to the lighter weight of lithium on the anode and cathode (replacing graphite/carbon and transition metal oxides) and the high redox potential between the electrodes.

With the anode in these batteries being lithium metal, the large amount of lithium required for a residential scale 20kWh battery pack (18kg for Li-air and 36kg for Li-S) may limit their use to smaller devices in the short-to-medium term.

Na-ion batteries are considered as viable alternatives to Li-ion, mainly due to the relative abundance of sodium. The cathode consists of Na-metal oxide, such as sodium-iron-phosphate, while the anode is porous carbon. Due to the size of Na ions, graphite cannot be used in the anode and carbon nanomaterials are being researched as anode materials. Additionally, the mass of Sodium is greater than Li, so the charge capacity per unit mass and volume is generally lower.

Magnesium sits to the right of sodium on the periodic table (Mg, atomic number 12) in row 2, which means it can exist in solution as Mg²⁺ (compared to Li¹⁺ and Na¹⁺). With double the charge of Na, Mg is capable of producing twice the electrical energy for a similar volume.

The Mg-ion battery consists of an Mg-sliver anode and an Mg-metal oxide cathode, and has a predicted maximum specific energy of 400Wh/kg. The current research bottleneck is that the double charge on the Mg²⁺ makes it more sluggish in moving through the electrolyte, thus slowing the charge rate.

A flow battery consists of two storage tanks filled with electrolyte separated by a proton exchange membrane, which allows the flow of electrons and hydrogen ions, but restricts the mixing of the electrolyte in the storage tanks. Examples of these include vanadium-vanadium with sulphate or bromide, zinc-bromine and bromine-hydrogen.

Vanadium flow batteries have very long lifetimes with the system being very stable. They can be upscaled almost indefinitely but require a pump to cycle the electrolyte around the storage tank. This renders them immobile.

With high reliability but high mass, the vanadium flow cell battery is more suitable for large applications such as small power plants than residential use.

In the short term it is likely that Li-ion batteries will continue to be improved, and may even reach 320Wh/kg. Future technologies have the capability to deliver even higher specific energy and/or energy density, but are expected to enter the market first in smaller devices before moving toward residential energy storage.

So there we have it. A solar geeks guide to home energy storage products. An exciting reality for those of our customers really wanting to be almost grid independent. Whatever your homes requirement, Solartherm UK will endeavour to survey and design a battery system to your homes energy requirements and of course to budget.

We of course like the 2 X 10kw Tesla Powerwall option, with StorEdge, wired in series to a 4-6kw Solar PV system really gives most UK homes all they need.

For any enquiries, product information or to book an appointment please contact us on 0800 652 3609 or [email protected]